Goes to the owner of Flagstaff's oldest bike shop: Cosmic Cycles.  If you wanted to buy a Ritchey mountain bike in 1984 this was the place.  All sorts of delicious bicycles have floated through this shop and pictures throughout the generations support that claim.  If you wanted to see a Mantis on the floor in person, this shop had one circa 1993.  A fat chance, yeah that too.  There are still some old relics to be found in there, and maybe the red one will be among them one day.  For now though it'll get ridden down Arizona's worst single track, floating over what all those guys breaking all those bikes of yester year never thought possible.  We took a preliminary ride down Private Reserve, one of the nastiest, and I never saw the red one nor its pilot.  Not surprising exactly. 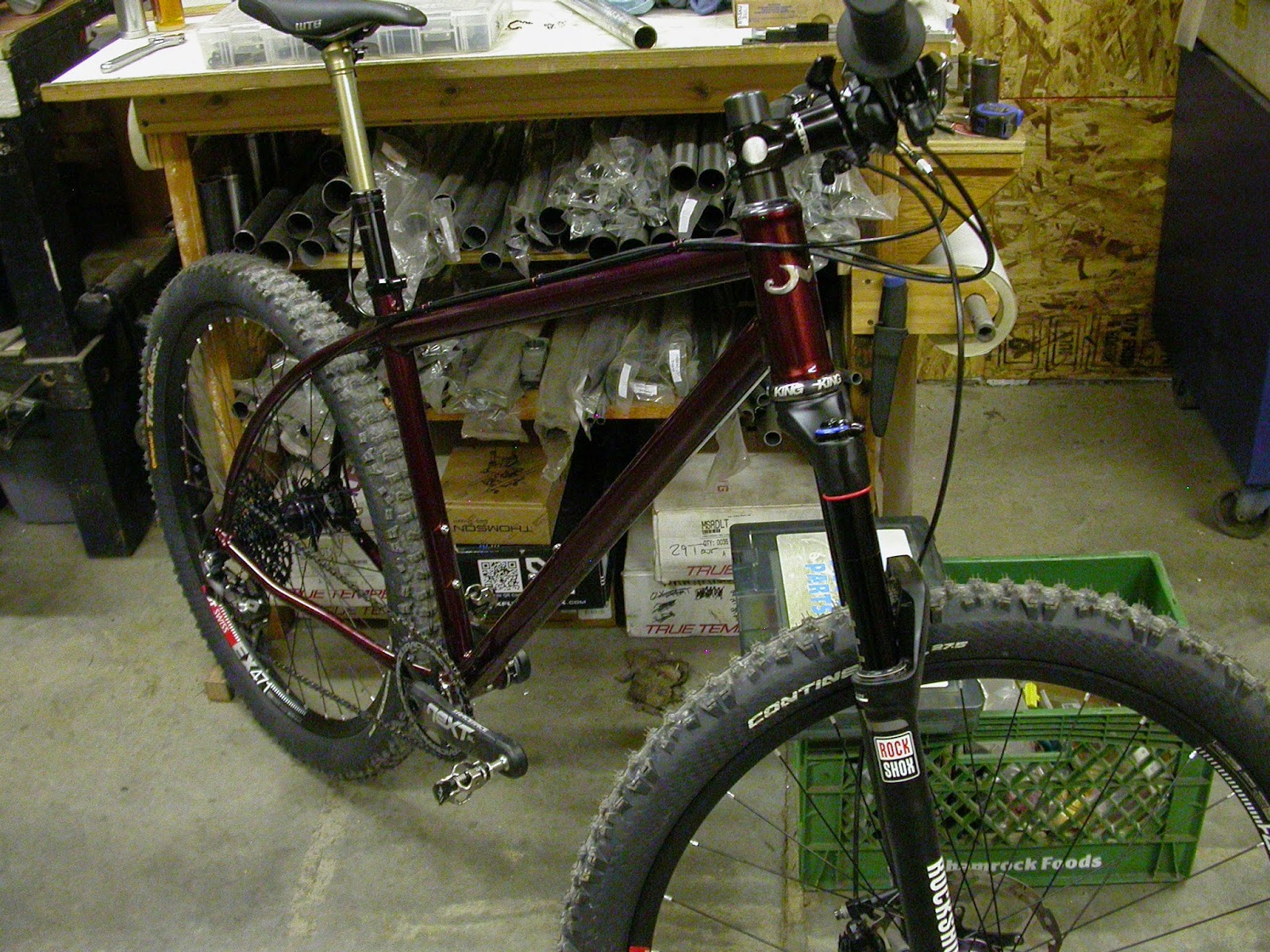 The build is 1x11 with a 142x12 thru axle in the rear, Race Face Next 30mm cranks, A 140mm Revelation on Protection 2.4x650B Trail Kings mounted on a nice set of DT 30mm wide downhill rims.  Thomson Dropper post cause I just had to.  The geometry is pretty modest and modern.  Not too low not too slack, but none of that NORBA either.  Pure Flagstaff evolution. 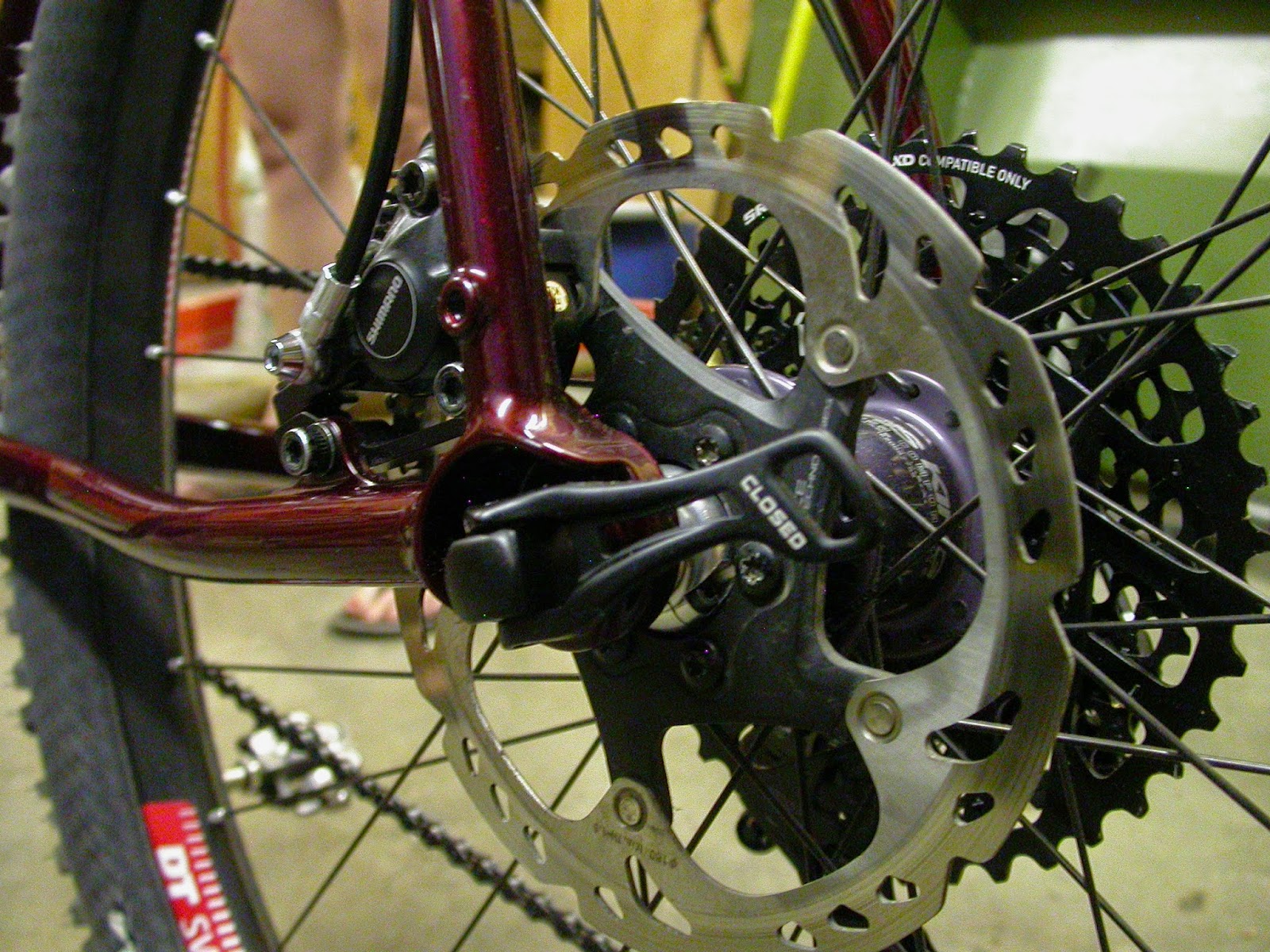 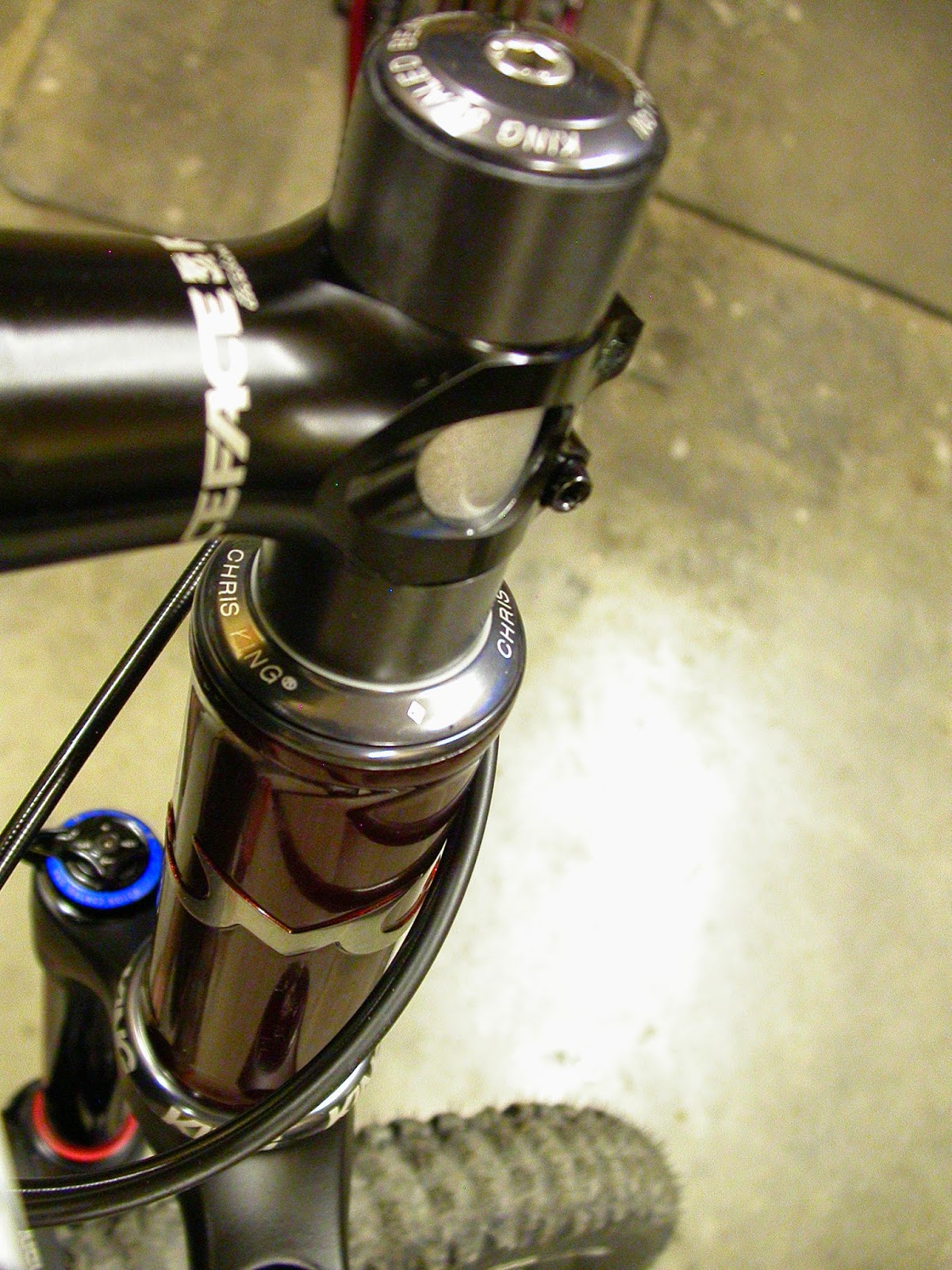 Handlebar and headset spacer....possibly the most carbon to ever adorn one of my bikes.  There have been a few with cabon bars, and a few with carbon spacers, this is the first to have both.  The spacer matches color so closely to the King pewter anodizing I had to do a double take when we built it up.  Funny thing about the little details.  If you ever want a guy that isn't me (or you) to part up one of your frames, Scott is your man. 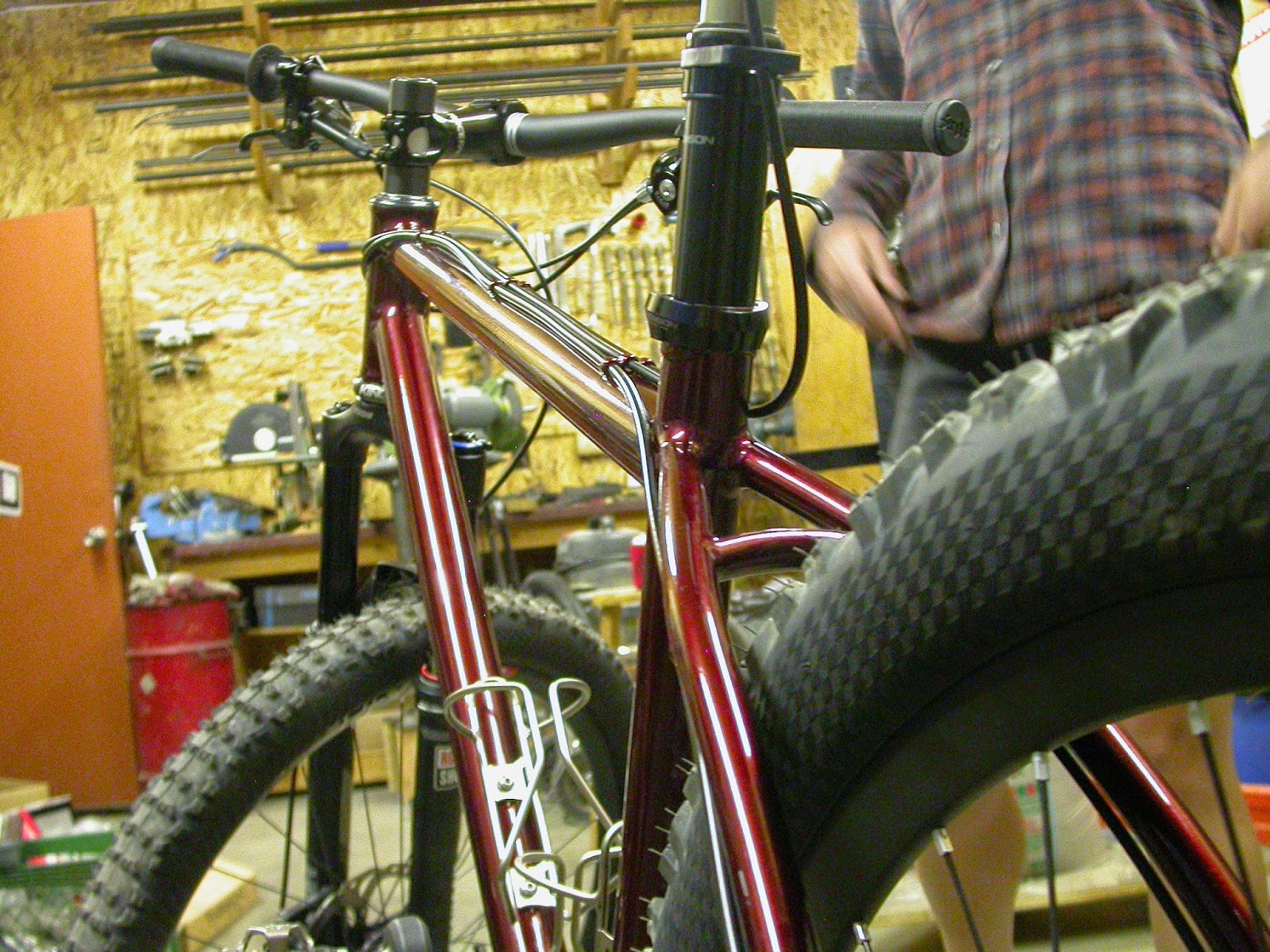 The cables stay outside the frame because I worked on Kleins in the 90s and it wasn't as fun as you wanted it to be.  They were good looking bikes, but that's a rant for another time.

Enjoy the Red Sled Scott, and may there be many rides to come!