Our post turkey ride handed both my legs and my lungs to me on a plate.  But it was an awesome time nonetheless.  If it weren't for Sedona I think I'd find Flagstaff a lot less liveable as I'm not really one for winter.  It gets a lot harder to get out and ride.  But that said what have I been doing the last couple months?  Not riding.  This one made me go the two following days though, one for a mellow ride that turned into a shooting gallery of plates and bowls, and the next for a three and a half hour dirt road ride.  Haven't done that in a while so it was nice.  All the best ideas in bike building happen while bike riding, it just turns out that sometimes they're hard to remember.  I should bring a notebook.  Anyways...check out the sequence of Heinchez dropping the big line on Hangover.  Its completely rideable when you're dialed in but I didn't hit it that day.  Yes it is as steep as it looks and if you missed you could easily find yourself in a world of shit. 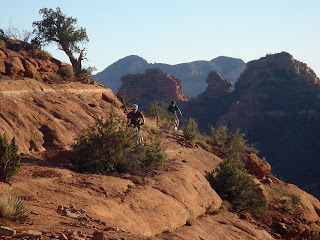 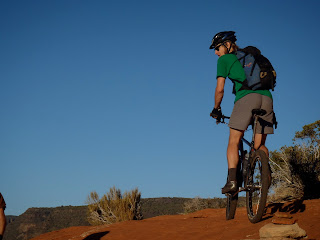 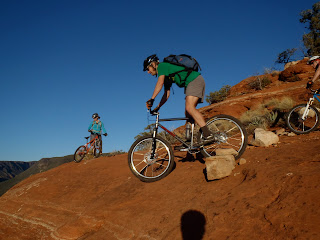 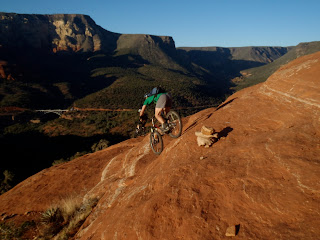 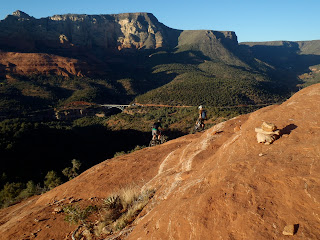 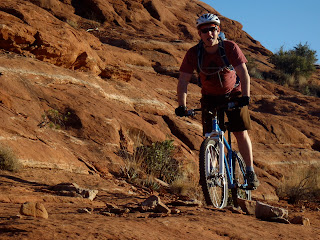 Posted by Richardo at 16:35 No comments: