I'm outta here.  SF, Redwoods, Oregon south to north on dirt.  Umpqua river trail.  etc. etc.  Of course I had to build myself something new for the testing on the tour so here's some pics of that.  It was a fun project and this will be an option for future builds (or for retrofitting your existing Moustache!)...after proper testing of course. 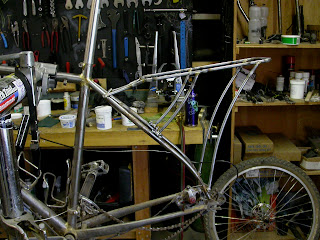 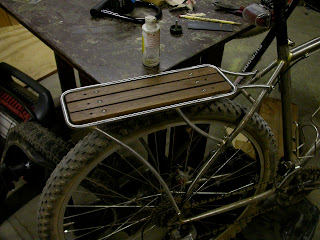 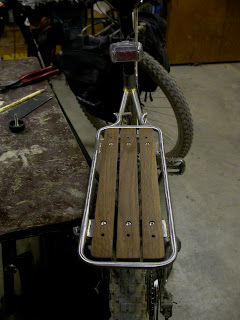 Cowboy Dan next door helped me out with the woodwork.  He has a fabulous wood shop and makes custom Dorys in his spare time (don't even ask how much he gets for one of these).  The slats are walnut treated with Dan's home concocted 3 part solution (it smelled really good). 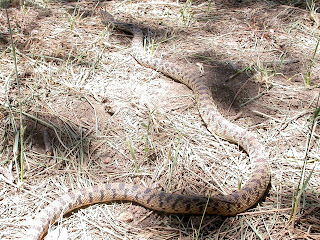 This is the snake that is living under our front porch.  4 1/2 feet or so.  He's eatin' up all the gophers. 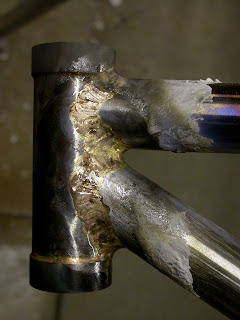 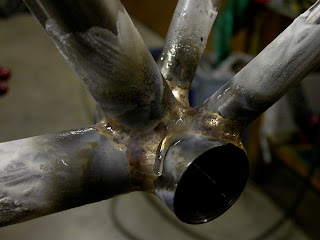 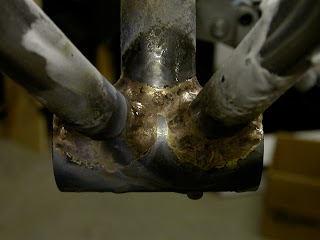 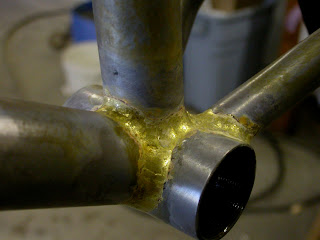 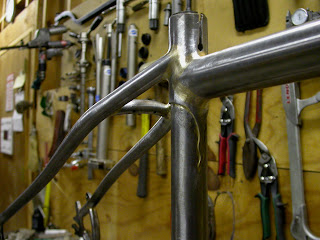 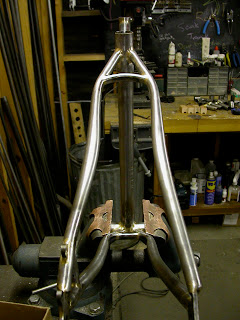 Sweet stays.  These are asymmetrical for clearing the disc rotor and all the stays started as straight pipe. 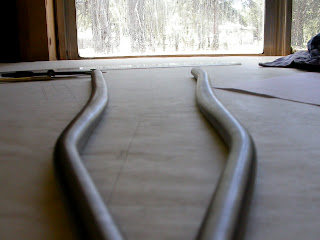 a little better idea of how the seat stays are worked. 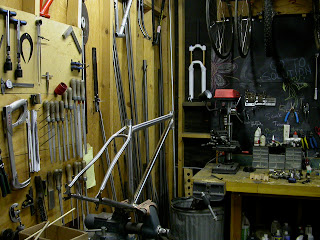 Posted by Richardo at 20:45 No comments:

A Brief Summary of a Long Month

I've been laid up for most of it.  Darryl came to town and I decided to go big and really messed my ankle.  That's been going on seven weeks healing up now.  I'm back to doing most things now but in the meantime I had to find some things to do to keep it happy and life low key.  So we (myself, Roni, Dre) made a great road trip to Texas to send this lovely pair off right into marriage.  Thanks Will and Laura for an amazing time, tons of fun on the farm, and so many fine memories.  Best wedding ever! 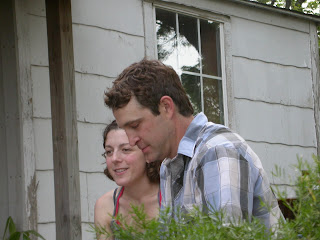 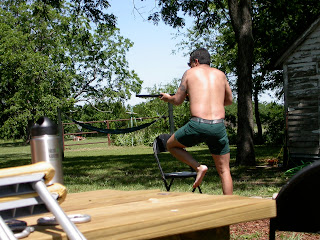 Did YOUR wedding day feature a topless shooting range in Texas?  Doubtful.  But I bet its a little more likely to now. 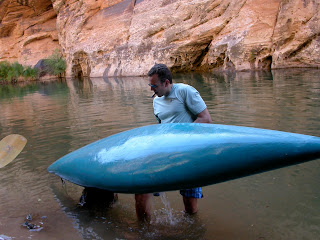 Then this dude that I used to ride mountain bikes with in high school decided that after spending the last eight or so years somewhere off the face of the earth that he would turn up in Arizona to ride some mountain bikes.  He was sort of left to his own devices for this mountain biking as I was not yet, so we managed to put in plenty of time on the water.  Above, Robert shows off his amazing paddling skills by flipping Roni's kayak before even leaving the sand bar. 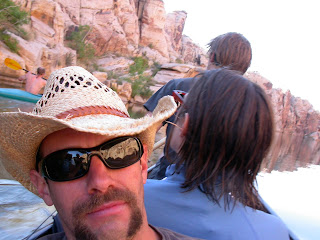 McHood Reservoir in Winslow--water solo climbing to be done here, and the only kind I will likely ever do. 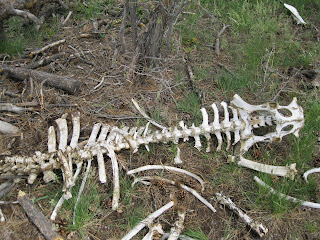 I decided that to properly show Robert some of Arizona a trip to the strip was in order for some Rainbow Rim and Lee's Ferry.   Bison live on the strip though they are not native so hunting tags are issued and that's the carcass of a bison that someone shot last fall...check out the sail of a backbone above the rib cage.  The rainbow rim trail is an 18 mile point to point trail along the North Rim on the Grand Canyon. Yes there is singletrack on the canyon rim.  No there isn't anybody there.  Yes you have to drive a long way to get there.  Yes it is worth it.  Yes I rode my first ride in five or so weeks. 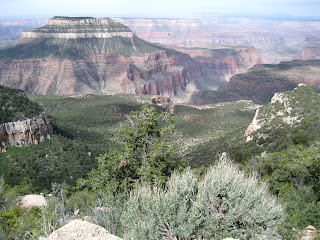 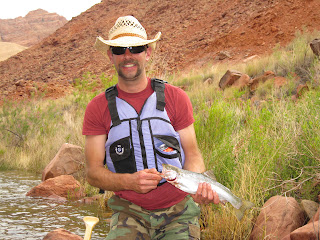 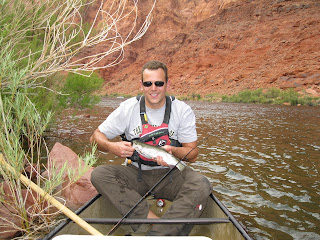 Lee's Ferry.  I've never had such a hard time catching trout that were small enough to keep. 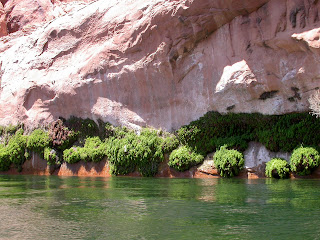 We floated the day section down from the Glen Canyon Dam in my canoe.  Its completely flat with a current, but as we found out is also subject to some massive spring headwinds.  The Colorado River coming off the dam is very cold and is only this clear because all the sediment settles in Lake Powell.  Recently this settling has caused the rise of sunken boats to the surface. 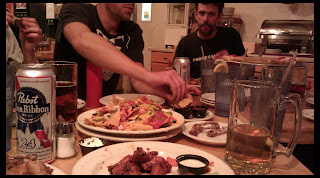 I turned 30 last week and have been living off of nothing but chicken for the last four days as a result...better than any birthday cake.  My housemate threw me a surprise party right under my nose and I didn't even know what was going on.  It was ridiculous of course.  Then after that was the ain't no thing but a chicken wing ride....a booze cruise out to the Ski Lift Lodge for wing night.  It turned into more of a mountain bike ride and it felt good.  It was the largest gathering of Moustaches to date.  5 out of 6 on the ride.  numbers 000, 006, 009, 011, 013 all showed up and it was a cool sight.  Thanks all for the good times over the last 30 years.