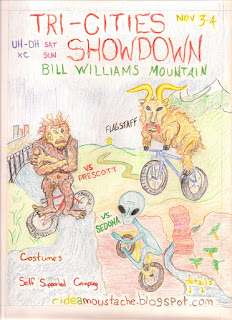 
Represent your domain November 3-4 in the ultimate showdown between heathens.
Points will be tallied throughout and weighted in fairness to turnout using complicated logarithms.

This begins the third incarnation of the shop on North Datura.  The first was rather short lived and I think I was into the swing of the second by the time I did Evan's bike.  It was the first one I made here.   That incarnation lived for three years and was quite functional, but did leave a little to be desired.  So I wound up pulling everything out to start from scratch with new insulation and OSB walls.  Thanks Cowboy Dan!  I've done the last three winters here with only a space heater and the winter is pretty darn cold here at 7300 feet in the sticks outside Flagstaff.  The build out of the shop is coming along nicely and should be completed through building the next couple bikes.  Thanks to all who are reading and for the interest in Moustache Cycles as of late! 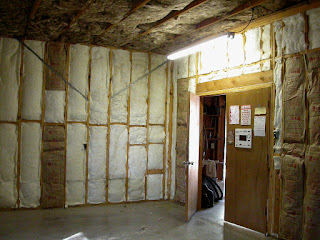 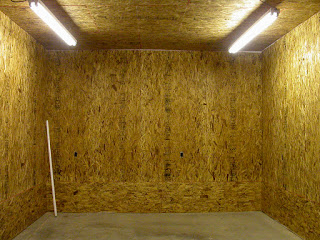 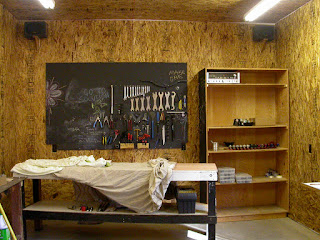 The stereo is always my shops highest priority.  Thats a '70s Sansui 7070. 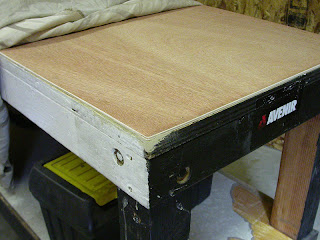 Resurfacing a work bench from our recently lost Cosmic Cycles.

Posted by Richardo at 13:01 No comments: